A BLACK OUT IS NOT ENOUGH!

Congratulations my Brothers who started the NFL Black Out Movement! Now let’s compete with the NFL. We Collectively have enough Black African American Millionaires and Billionaires to start & operate our own Professional Football Association/ League with 30 Teams.

I have a plan to create and launch the Global Football League (GFL).

The NFL Owners voted this season for a new policy to ban NFL Players from taking a knee during the playing is the National Anthem, despite last year’s Black Out or the continued violence by law enforcement officers against Unarmed Black African Americans!

This Is America! The NFL Only Respects or Fear competition and they have none!

So let’s compete using the Green Bay Packers Model of 50% Community Ownership in exchange for their financial support and the other 50% owned by a Black African American Investors or a Group willing to invest $100 Million.

It’s time to do more than not watch the NFL, let’s Collectively Compete with it.

This Is America, Where Racist Live!

Free Speech is under attack in America by a major Media Company ABC Disney, who cancelled Roseanne Barr’s sitcom due to her racist tweet about Valerie Jarrett, who was Former President Obama’s White House Advisor.

Yes, she tweeted a Racist Tweet when she accused Valerie Jarrett of being an Iranian and the biological child of Characters from the Planet of the Apes Movie.

I reject racist hate speech, but love free speech. If ABC Disney is allowed to exact retribution against someone they disagree with, then where does it stop. Roseanne is a comedian who tried to create racist humor and failed and apologized. Sometimes racist humor is funny, sometimes it’s just racist with no humor and sometimes”This Is America” as the song goes.

America is a racist nation founded on taking land from Native Americans and Africans who were already here before Cumbus got lost. Just because they had the military power to do so.

Reparations must be given to the descendants of Black African Americans by the US Government in order to start repairing the generational poverty and injustice of the past and the present.

Got A URL and Phone Number for your business?

Turn Your URL and Phone Number into A Picture that can be used in all forms of Media Advertising and Marketing. It’s Better Much than a QR Code!

It allows any Smartphone Camera to Capture and Connect Your Potential Customers to Your Website or Phone Number, to Increase Sales.  Then use the images in all of your marketing and promotional materials in digital, print and broadcast!

Parental Lesson That Every Parent Should Teach To Their Children:

Every Thought That Pops Into Their Mind, Should NOT Be Said or Done!
You CAN NOT Control the Thoughts That Pop Into Your Mind, But YOU CAN Control What You Say and What You Do!

Make them learn and repeat this lesson until the day it in their sleep. Hold them accountable for what they Say and What they do in all matters.

When your children understand this life lesson, their maturing will be an easier transition.

Limited Time Offer!
A New Way To Drive Traffic To Your Website or Generate Sales:

Your Website Address and Phone Number can be turned into an image that can be scanned by any smartphone and get to your website or allow your phone number to be dialed.

Convert your website address and your Business Phone Number into photo that can allow your customers to connect to your website call your number.

You can then share these images on your Social Media, TV Ads, Newspapers and Magazine Ads, and T-shirts. 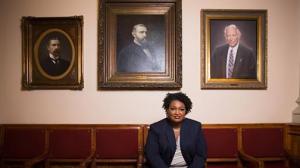 As I sit here summoned to pen this poem to the Queen who gave birth to me,
Miss Effie Mae Moore, who loved and nurtured her four other children to be.

She gave us inspiration and exposed us to the philosophy and wisdom of her mother,
The kind words of Miss Dannie Wilson who loved her god like no other.

Momma required that we spend time in Kosciusko, Mississippi getting to know her muse,
The Woman who gave birth to her and so many more in Jim Crow South, but Refused.

You and she tried your best to answer all the questions of a curious mind,
Help prepare me, Black Messiah, to love his people and be kind.

Thank you momma and Happy Momma’s Day to you for being our Queen Effie,
You sacrificed so much to empower your children to stand tall as the Paris Tower called Eiffel.

On this day, I remember sitting at the feet of Miss Willie Myers Murdock,
Who never spoke much, but her strength, determination and presence I was lived to see as our family rock.

Thank you Momma for all you have done for us,
We are so grateful that you continue to share your courage and stuff.

As we celebrate Mother’s Day around the world,
To honor your love for humanity, we must show compassion for all suffering Black Boys and Girls.

Shame on Generals and Political Leaders who won’t stop this behavior! Here are the solutions to solve this problem and I would be happy to work with the Pentagon and Congressional Leaders to implement and evaluate them.

Solutions: Require Each Officer and Soldier to wear Electronic Military Wrist Bans that geotracks their location, proxcementry and physical contact between other soldiers.

Mandate that Any Soldier Accused of Rape: Immediately Expelled from the military pending investigation and review of Electronic Military Wrist Ban Data. If found guilty, sent to jail and dishonorably discharged.

Ban All Sexual Contact between soldiers on and off duty.

Sexual Assault and Rape in the military is an easy problem to solve, when leadership demands it. Sexual Predictors have no place in the Army, Navy, Marines, Air Force, Coast Guard, or Reserves. Period! If honor, duty, respect, integrity, and courage mean anything, then it is up to service members to right this injustice and restore the military’s reputation as the defenders of liberty and justice for All, that include Female Soldiers.